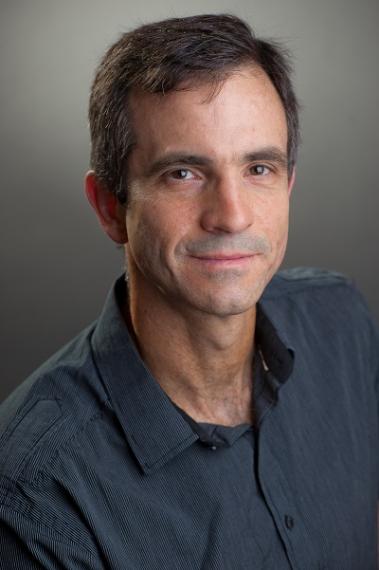 Food chemistry and physics, physical properties of fats and oils

Alejandro Marangoni is a professor and Tier I Canada Research Chair in Food, Health and Aging at the University of Guelph. He was inspired to pursue a career in chemistry by a teacher at the Lester B. Pearson College of the Pacific, which he attended prior to pursuing his Bachelor of Science in Agricultural Chemistry. Alejandro’s work concentrates on the physical properties of foods, particularly fat crystallization and structure.

Member of the Institute of Food Technologists and American Physical Society

1999 Premier’s Research Excellence Award
Young Scientist Award from the American Oil Chemists’ Society (2000)
Tier II Canada Research Chair in Food and Soft Materials Science (2001-2011)
Two Distinguished Researcher Awards from the Ontario Innovation Trust (2002)
Career Award from the Canadian Foundation for Innovation (2002)
E.W.R. Steacie Memorial Fellowship (2002) – given to the top 6 Canadian scientists from all disciplines
T.L. Mounts Award from AOCS in 2004.
Co-recipient of the 2008 Guelph Partners of Innovation Innovator of the Year Award for discovery of a platform technology for the manufacture of structured oil-in-water emulsions to replace high-saturate, high-trans and palm-based edible fats
AOCS Stephen S. Chang Award (2013)
IFT Stephen S. Chang Award in Lipid Science (2014)
AOCS Supelco/Nicholas Pelick Award (2014)
Kaufmann Medal of the International Society for Fat Research and the Deutsche Gesellschaft fur Fettenwissenschaft (2015)
Honored as a Fellow of the American Oil Chemists’ Society in 2015, and one of the 10 most influential Hispanic Canadians in 2012 by the Hispanic Business Alliance

Alejandro’s research works toward the development of novel structured emulsions as a fat replacement, which allow for the removal of trans fats and the reduction of saturated fat and palm oil use. Other innovations in this area also include the development of oil gels, or oleogels, and the modulation of the physiological effect of fats and oils by physical structuring. s. Alejandro holds more than 40 patents to this name. He is the co-recipient of the 2008 Guelph Partners of Innovation “Innovator of the year” award for his discovery of a platform technology for the manufacture of structured oil-in-water emulsions to replace high-saturate and high-trans shortening and serve as a base for cosmetics. His recent discovery and patents on edible ethylcelulose oleogels, polymer gelation of oil, heat resistant chocolate, and petrolatum replacement has attracted enormous attention world-wide. His current efforts are focused on biolubricants including 2-stroke oil, and anti-aging creams. In the course of his career Alejandro has published over 350 refereed research articles, 62 book chapters and 16 books. An outline of his research is available on YouTube

What is the relationship between structure and macroscopic properties of food materials, and how can we use this information to develop novel lipid alternatives?
Projects in this area include the development of a plant-based alternative to Emu oil, determination of novel strategies for the functional replacement of trans and saturated fats in finished food products, and the formation of new composite organogels for fat reduction in complex food systems. The research team hopes to replace highly saturated fat in products such as cheese, processed meat and many bakery products with oil high in unsaturated fatty acids, while at the same time not compromising the eating quality associated with these common food products.  They are also very interested in improving on the health characteristics of cosmetic products, decreasing the environmental impact of the use of lubricants and grease, and improving the sustainability of food production. Projects in this area are funded by grants from the Natural Sciences and Engineering Research Council of Canada, , the Ontario Ministry of Agriculture, Food and Rural Affairs Food, and many multinational corporations.

What factors control the self-assembly of lipidic materials?

Projects in this area look at topics such as the controlled assembly of crystalline triglyceride nanoplatelets and nanoscale structuring of lipid organogels. Alejandro’s research group was the first to report on the creation and use of oil gels (oleogels) in foods. They were also the first to discover oil gelation by cellulose derivatives. This research is funded by grants from NSERC Discovery.

Alejandro looks for students who are independent workers with strong quantitative skills to work in his laboratory. He works with his students to fine-tune problem solving, as well as communication skills through presentations at international conferences and writing research papers and book chapters.

Graduates from his laboratory are sought after by industry and academia due to their strong research and the communication skills developed during their time in our lab. Alejandro has trained over 100 people in his laboratory. Past graduate students now occupy positions of importance in academia and industry, including eleven professors in various North American universities.